PLEASE TELL US WHERE TO SEND THE 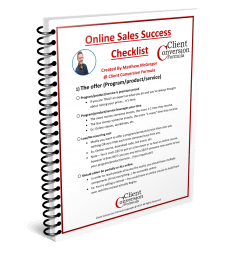 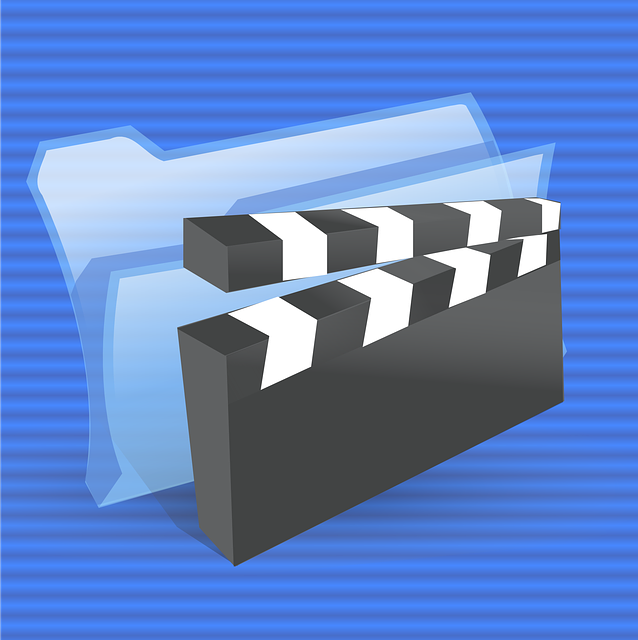 DISCOVER WHY PEMF KEEPS TOP ATHLETES IN THE GAME

PEMF technology provides athletes with the extra push they need to operate at peak capacity. By recharging cells, PEMF extends the limits of what athletes’ bodies can do.

With every single workout, practice and game, you propel yourself towards the brink of what your body can accomplish. Increase that limit while never letting injury or wear and tear slow you down with PEMF. This powerful PEMF technology targets cells that need restoration, providing energy to speed recovery. Strengthen your body and give your sport everything you have with our proven PEMF systems, the Omnium1 2.0 and the iMRS Prime.

DISCOVER JUST HOW GOOD YOU CAN BE

You perform at your best when your cells perform at their peak.
PEMF therapy naturally recharges your cells to help your body manage pain, recover more quickly and function at a higher level. Athletes from across all major professional sports leagues depend upon PEMF to achieve faster recovery and more effective conditioning, so they can continue to succeed in their chosen sport.

How does PEMF therapy help athletes? This unique, therapeutic system delivers a pulsed electromagnetic field (PEMF) right into your cells in order to improve the electrical signals in your cells. Endurance, stamina, and energy on the field are the result of these cells performing at their very best. 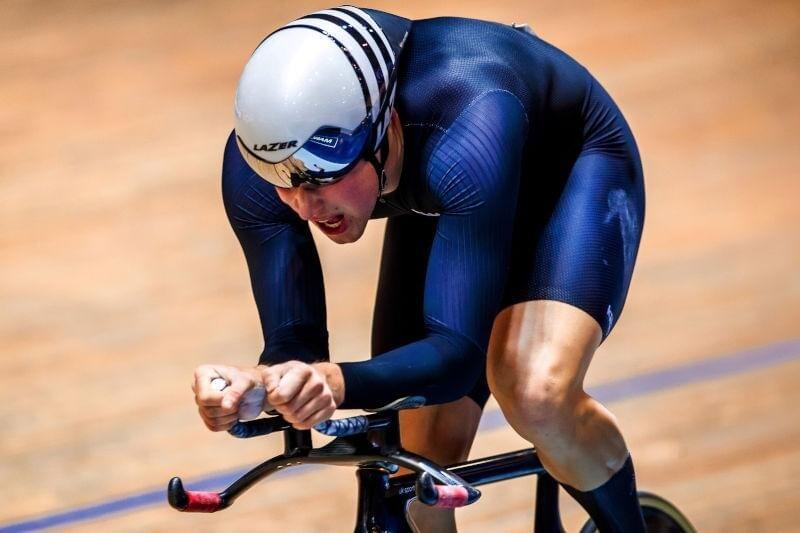 As track cyclist Joe Truman competes for a place in the UK Olympic team, he recently spoke of the benefits of using a PEMF device in his daily training regime. A day later, Joe was featured in a BBC documentary, set in Japan and narrated by Chris Hoy, the UK athlete with the most (six) Olympic gold medals.

The BBC film focuses on Japan’s tough Keirin cycling championships, a sport in which Hoy himself participated and in which Joe is now the only UK rider. In January 2020, Joe won the Keirin Championship at the British National Track Championships and he’s now a strong contender for the UK Olympic team.

So how does a Pulsed Electro-Magnetic Field’s (PEMF) device help an aspiring Olympic athlete? Joe explains it in the following endorsement:

“I’ve been using my iMRS PEMF system for the past 6 months in my (now extended) journey towards the Tokyo Olympics. I’ve experienced a whole host of benefits, including boosted energy levels, less fatigue in the run up to competitions, a clearer perspective after using it in the morning, and a better night’s rest after using it in the evening. I also picked up a lower back injury late last year and found it effective in reducing pain and warming the area with capillarisation. Thanks to Swiss Bionic Solutions for guiding me in how to use PEMF most effectively” 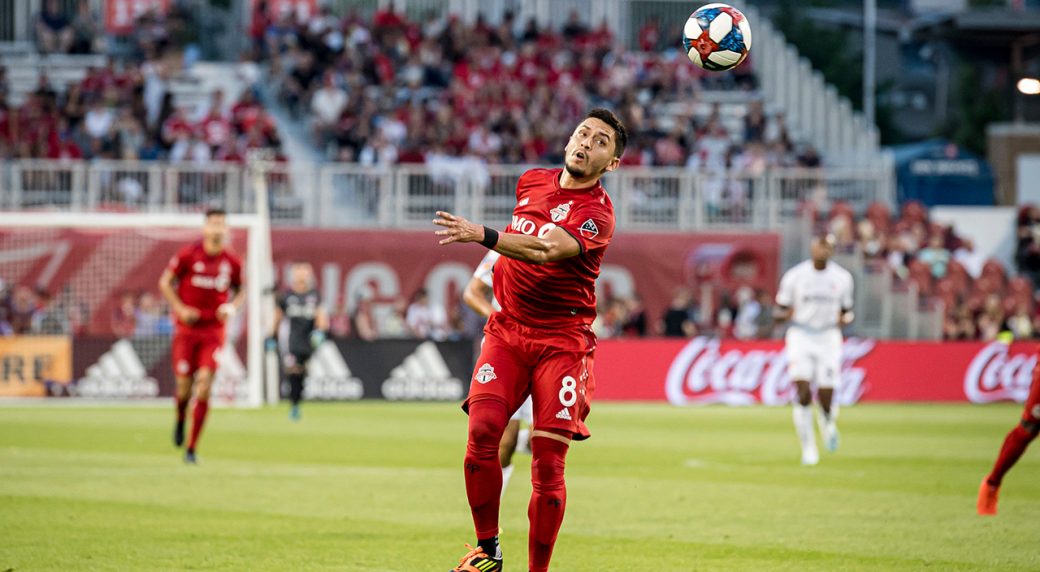 “Been loving my Omnium1 2.0…. it’s been a huge part of my recovery, especially with this year’s schedule of games being squeezed in with a short amount of rest in between. I can really feel the difference in my speed of recovery when I do and don’t use the product” 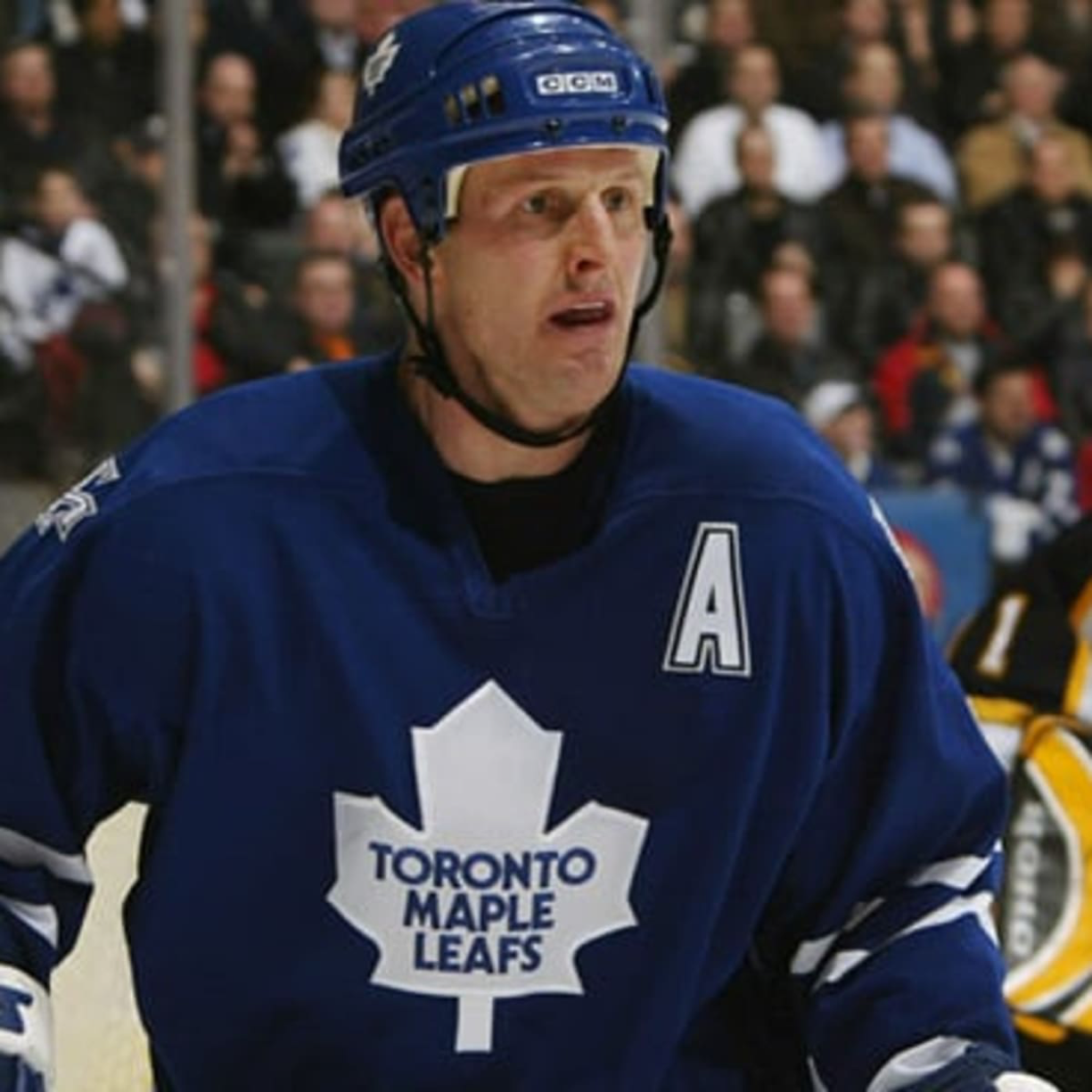 “I am a firm believer in using an integrated approach to achieve a healthy lifestyle. This approach brings together proper nutrition, exercise & recovery measures that help my body bounce back from the wear and tear of everyday life. I use PEMF Therapy as one of the recovery measures that helps my body reduce inflammation, improve circulation and relieve post exercise soreness. It has been an effective tool to help keep my body recharged and reduce pain” 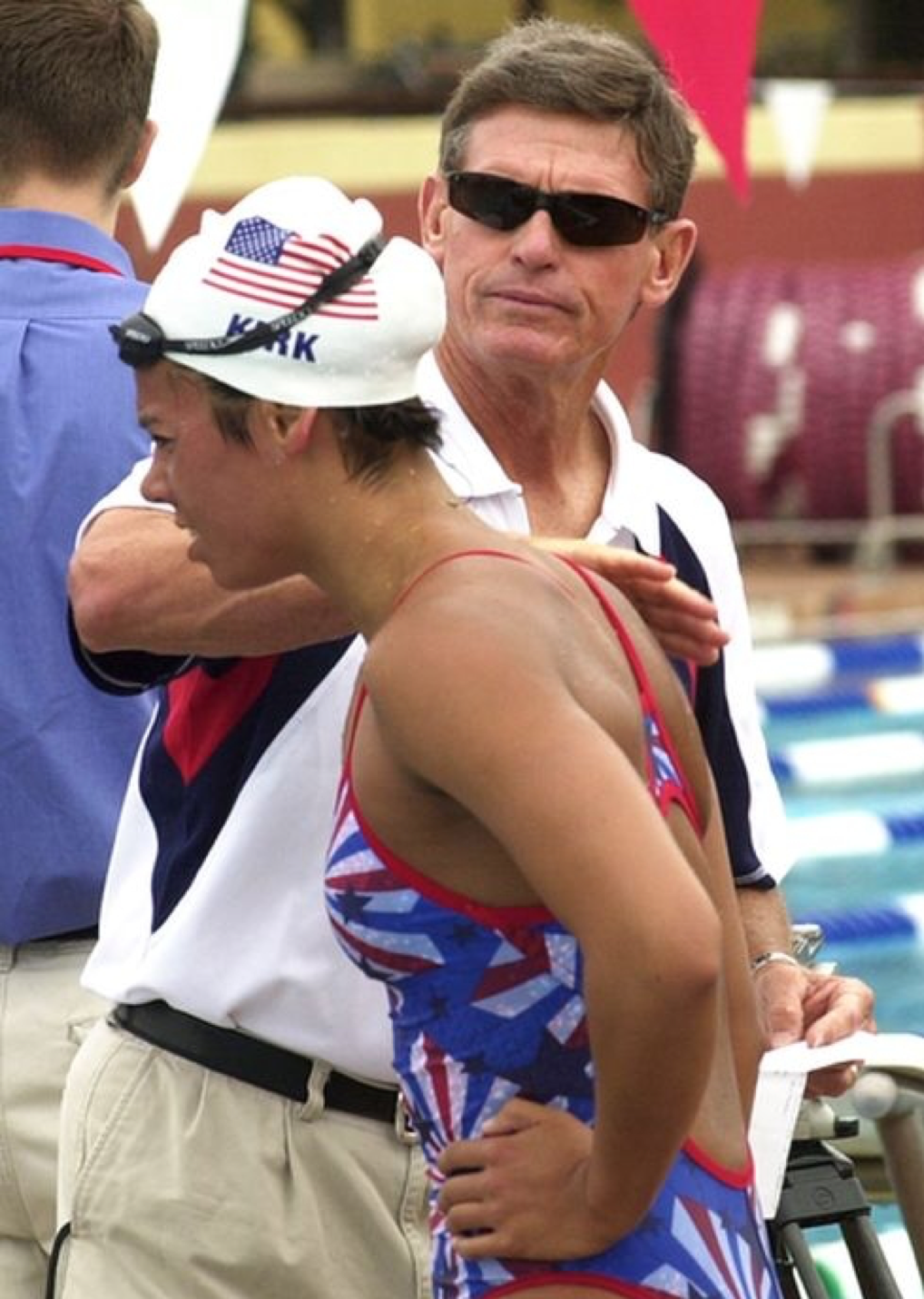 “This is perhaps the most phenomenal device I have ever seen. Prior to competition it loosens up our athletes so they are able to compete better, by increasing their range of motion and reducing their pain and stiffness. After competition it assists in speeding up their recovery time so they are not stiff and sore. They bounce back refreshed and ready to go. For those that do suffer any type of pain and stiffness, this device is remarkable with how it rids our athletes of their pain and stiffness and prepares them to compete again. I highly recommend that this PEMF device be a part of every athletic program” 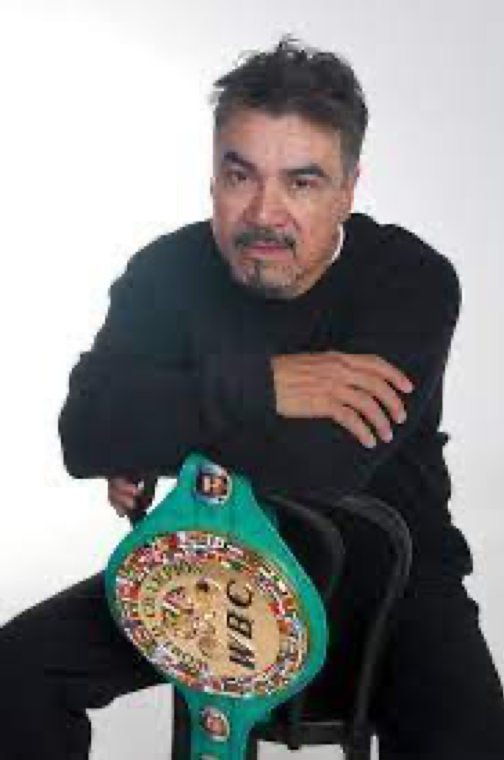 “My body has plenty of wear and tear from old boxing injuries. PEMF Therapy really helped the pain in my shoulder and fists. It made my body feel a whole lot better. I plan to continue using the device on myself and on all of my boxers as well” 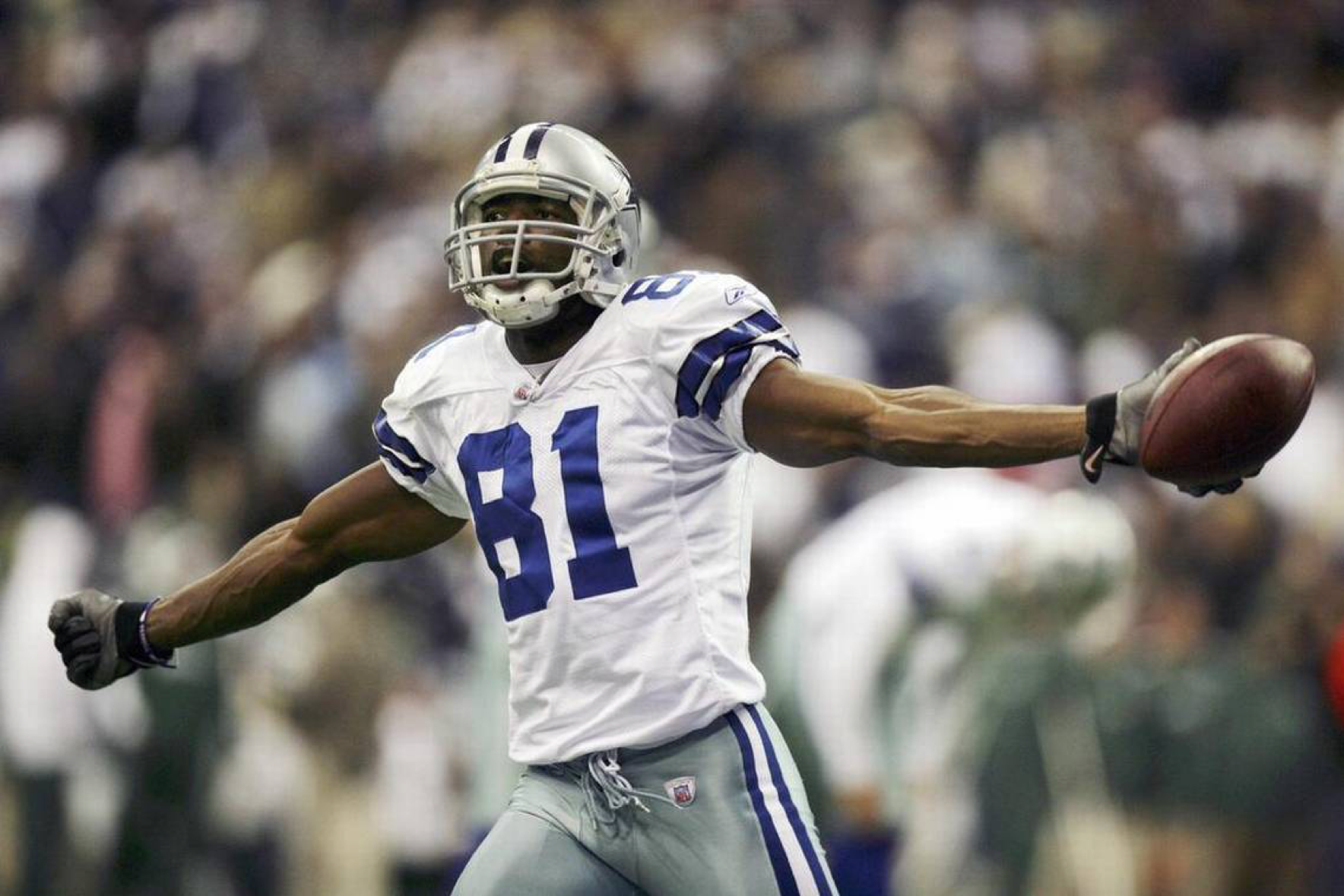 “I had a real sore heel. After one treatment I said, ‘What did you do? My heel never felt this good!’ I noticed a major difference the next moment after treatment. This is fantastic”

“PEMF Therapy helped with my recent groin injury. After just two treatments, the pain and swelling were gone, and I was able to move freely. This thing really works!” 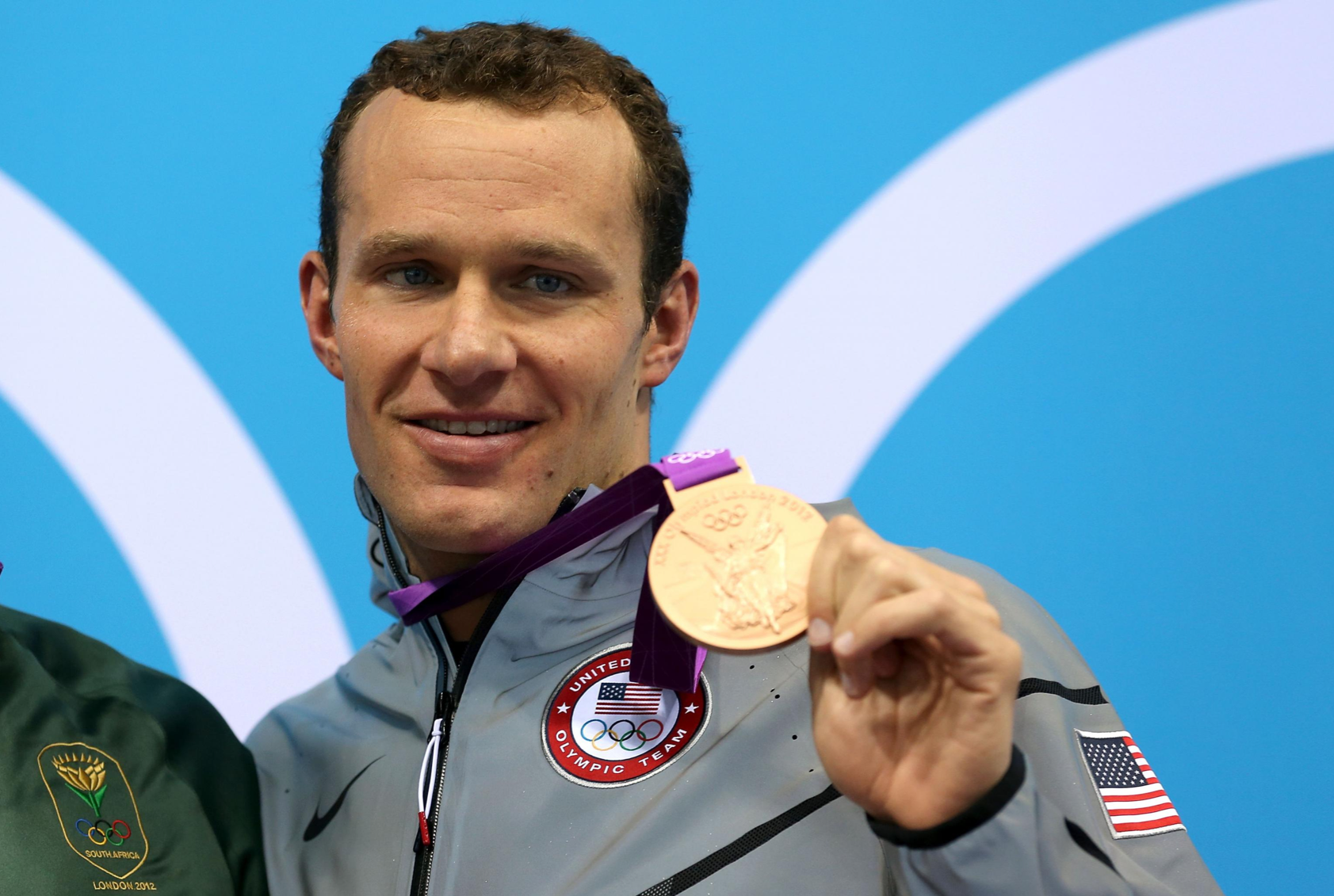 “I was introduced to PEMF by a good friend. Being a competitive athlete I thought let’s give it a try. After my first time I was really impressed with how loose and pain-free it made me feel. I immediately told my coaches about it and set a time for it to be introduced to the coaches and fellow athletes. Everyone was impressed and it has become a regular therapeutic modality. I would recommend PEMF to all athletes and everyone who suffers from pain and range of motion problems” 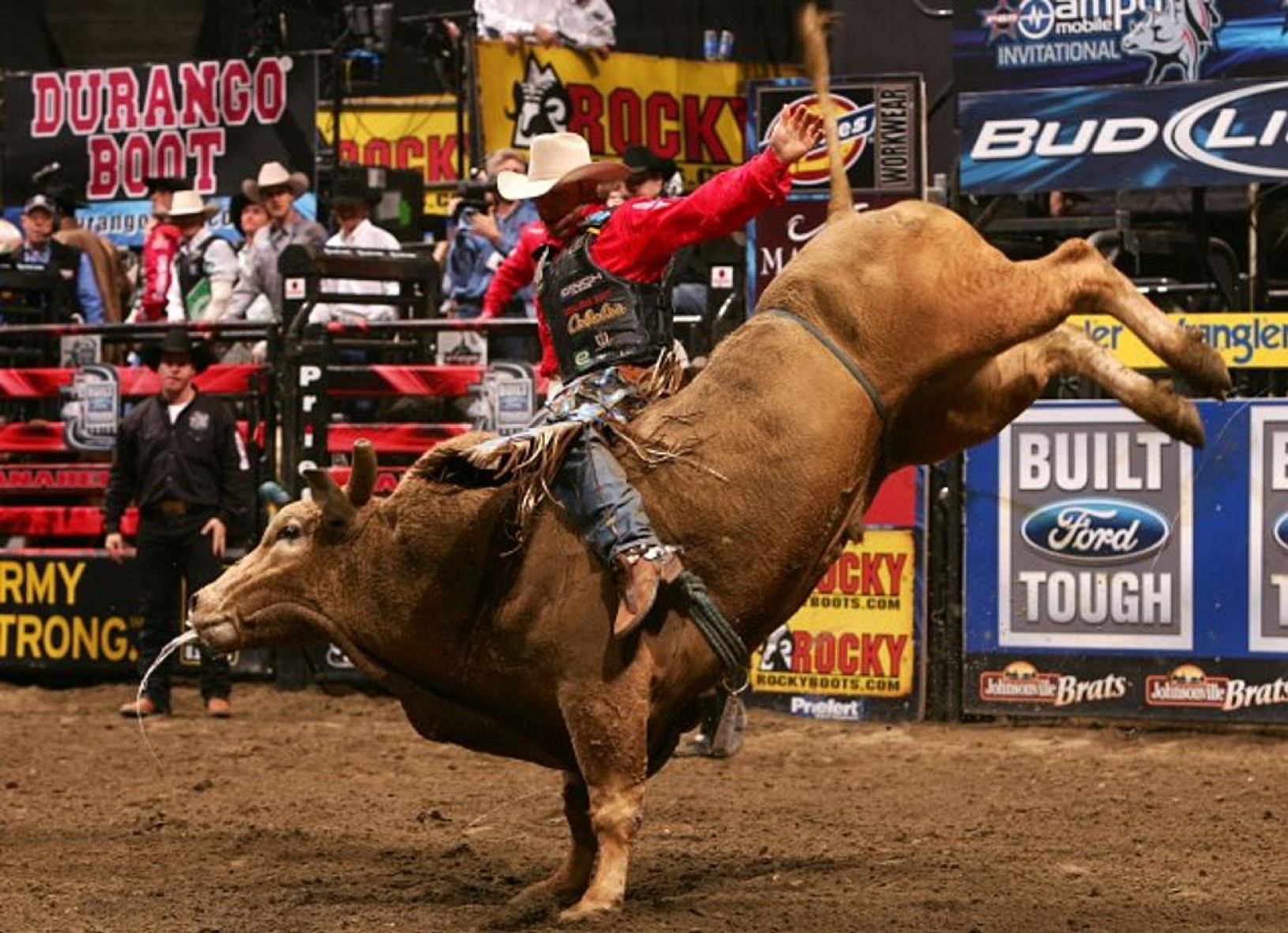 “34 years old is ancient for a professional bull rider. I’ve broken almost every bone in my body. After a major leg fracture and getting hauled off on a stretcher, I planned on calling it quits. But after using PEMF, my daily aches and pains have gone away. I feel better than I ever have. I am in the best shape of my life. I plan on competing one more season, and then walking away on my own terms!” 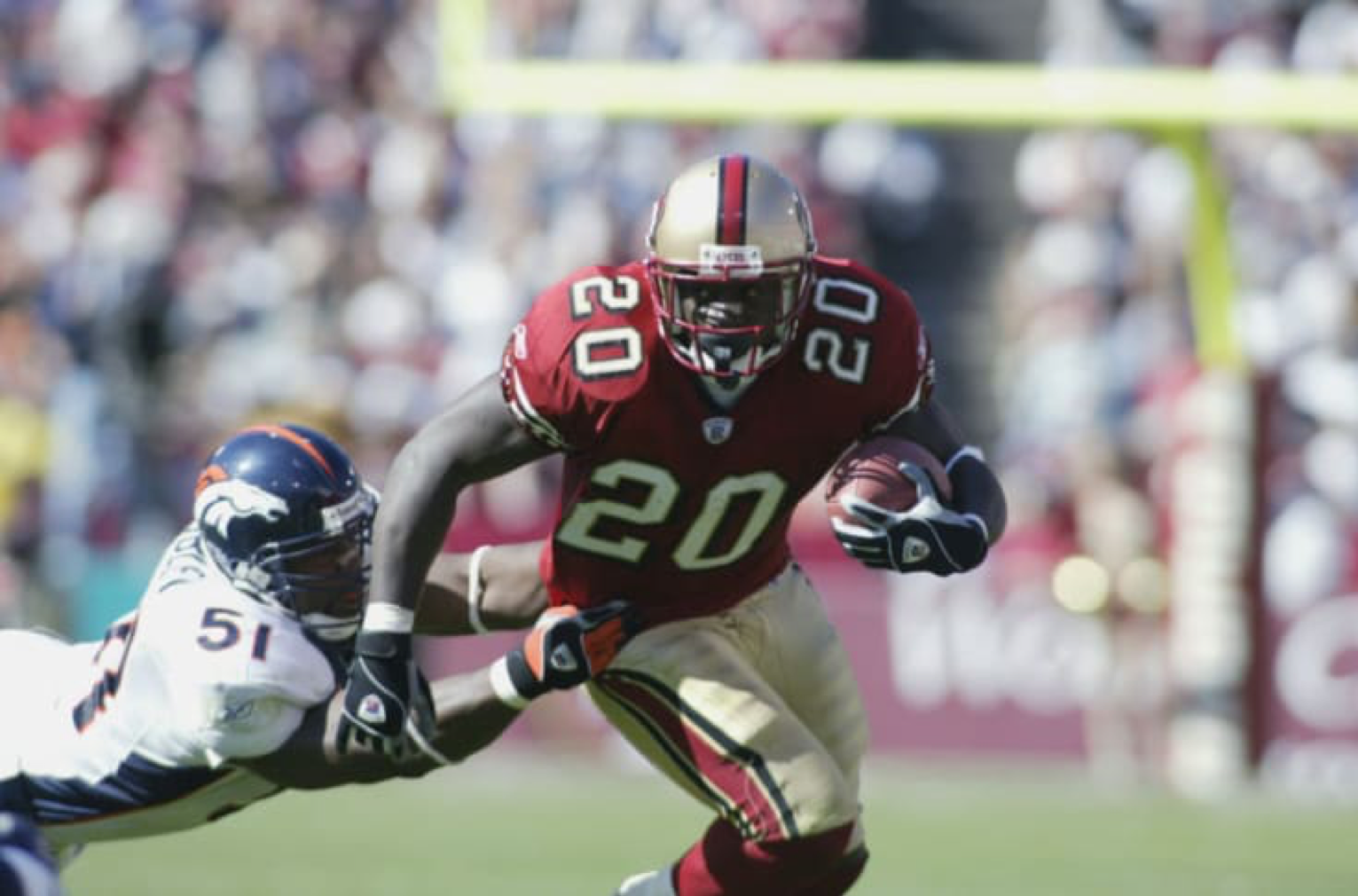 “This thing (PEMF) is really good for my shoulder and hamstring. It also helped my after-game soreness. When it goes right to the pain, I know it is working” 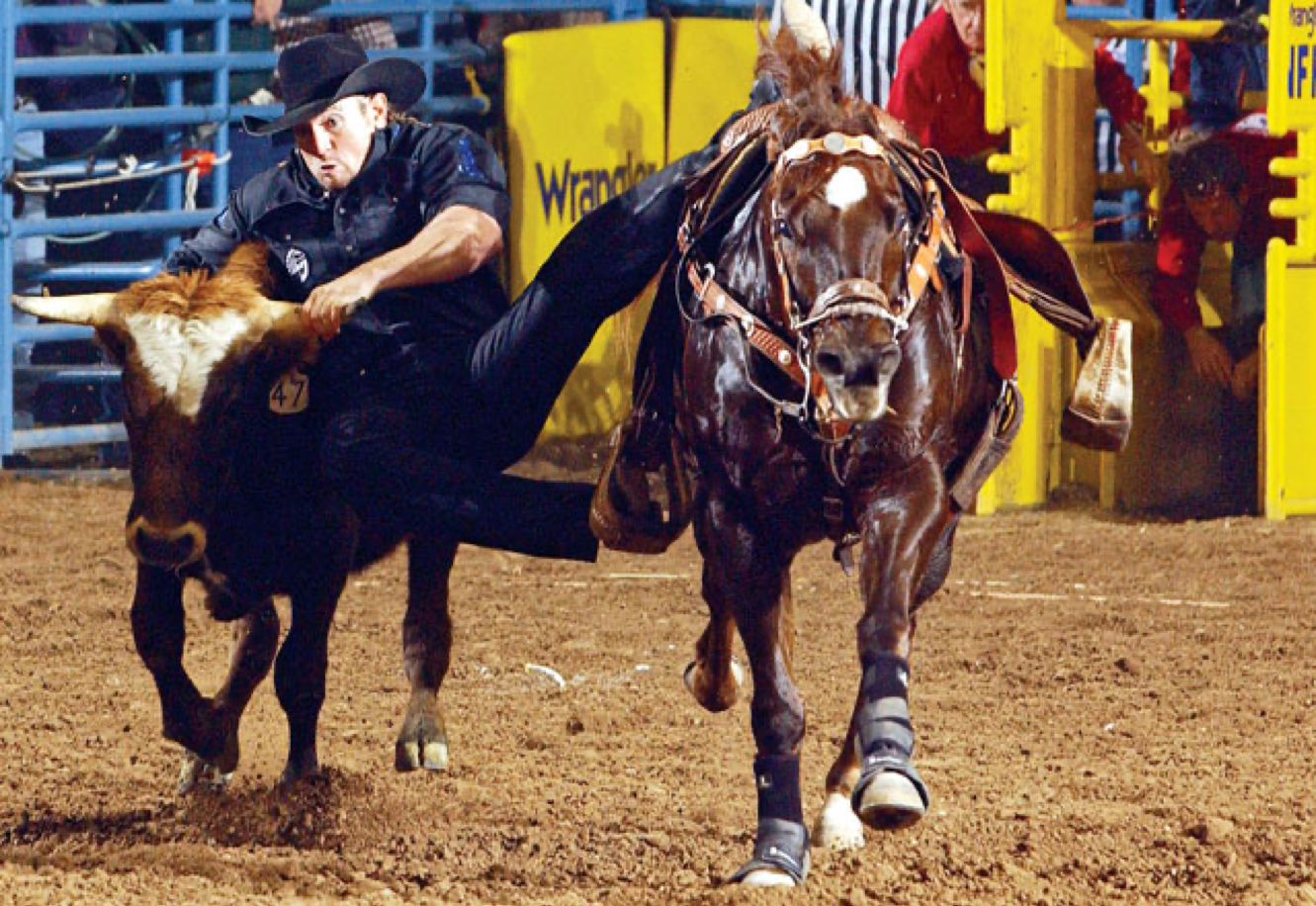 “I was introduced to PEMF after suffering a dislocated shoulder during a snowboarding accident. After only one treatment, I noticed incredible results with my pain level as well as my range of motion. I was so impressed with this, I introduced it to my wife who used it on her jaw with great results. Since then we have not only used it on ourselves, our friends and family members, but have also used it on our horses with amazing results. During the Professional Bull Riders (PBR) season my good friend Justin McBride suffered a devastating injury to his shoulder and was told his season was over. I brought the machine to him to try and within a month, he was back riding his way to another PBR World Championship” 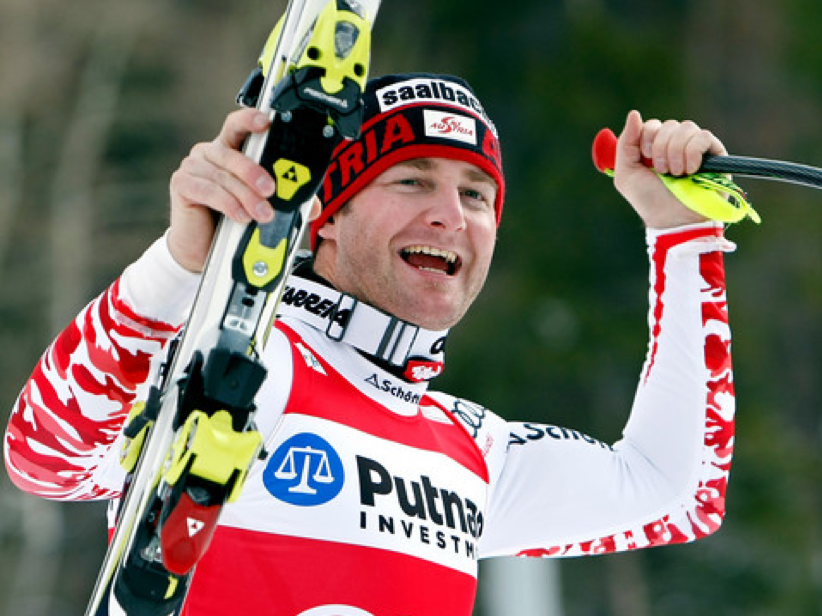 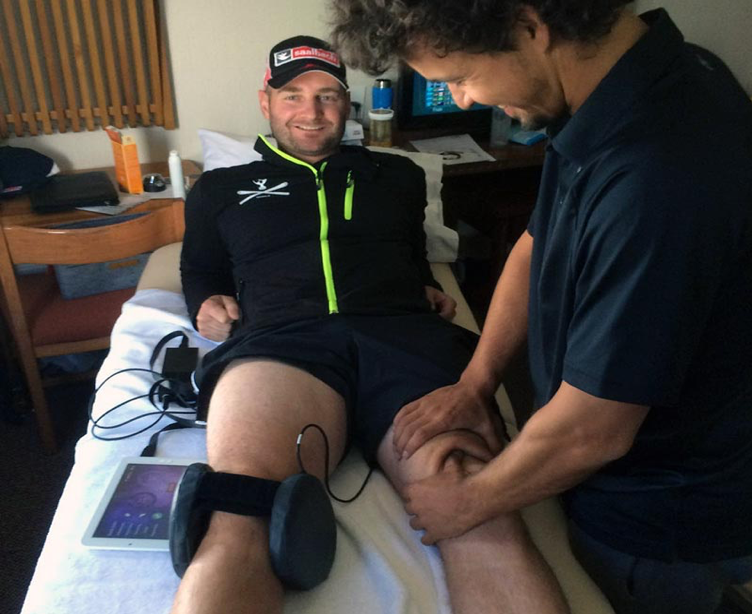 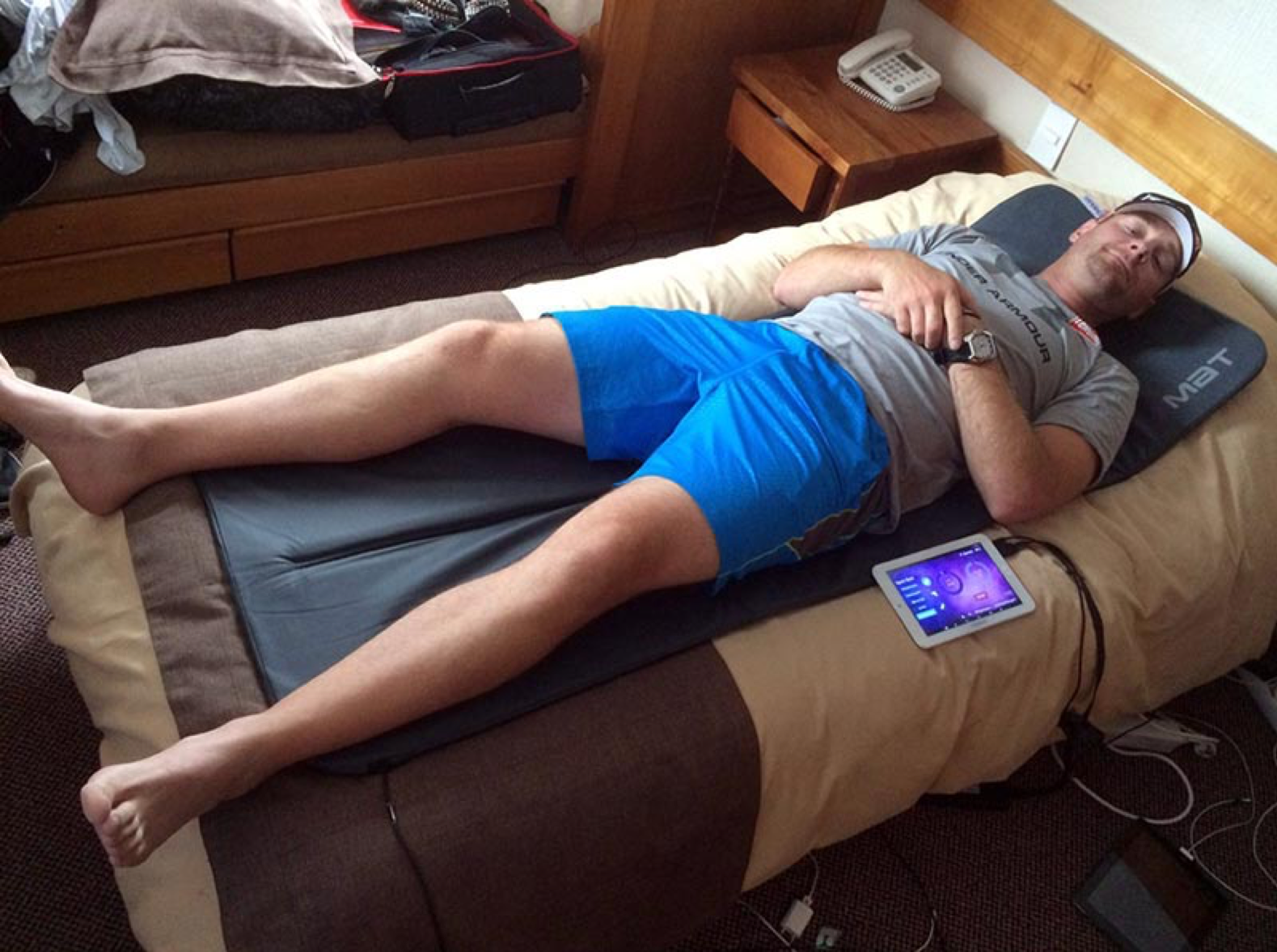 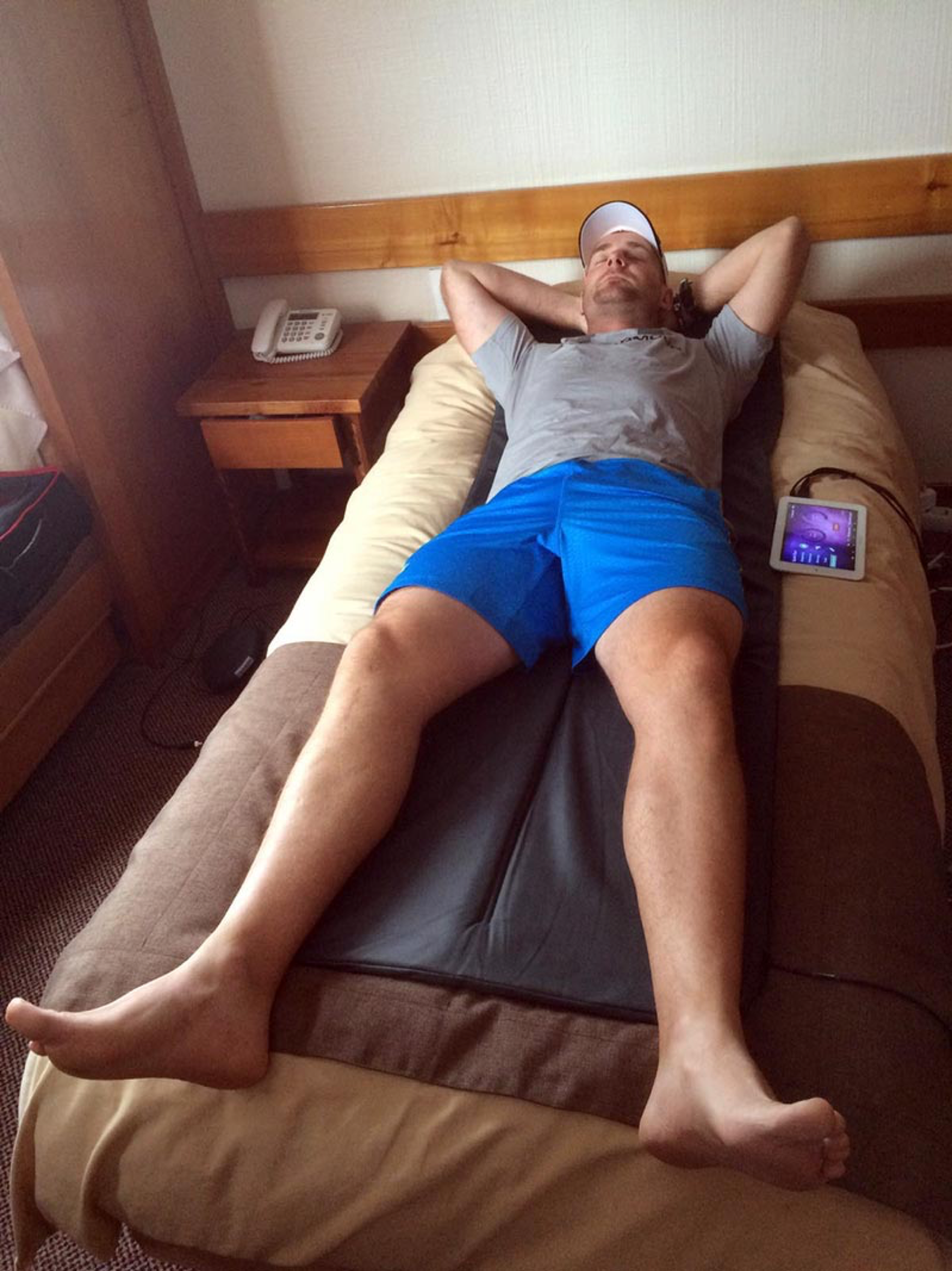 After his heavy fall in Kitzbuhel, Austria, in January 2016, Georg used the Omnium1 for his recovery from his knee surgery. He is making great progress and recently participated already again at the summer training camp in Chile. We wish Georg all the best and looking forward to having him back on the slope in the upcoming season.